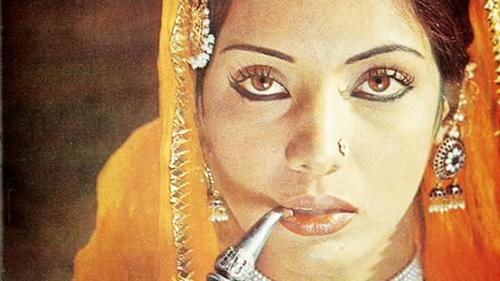 Rita Banerjee will introduce and lead the discussion for Satyajit Ray’s 1977 film, The Chess Players, on Tuesday November 24 from 6-8:30 pm for the Institute for Indology and Tibetology at Ludwig-Maximilians-Universität München, (Ludwigstr. 31, Seminarraum 427).  The screening is part of the course Translation and Modern South Asian Literatures at LMU.  Anyone interested in translation studies, Modern South Asian literature, or art house film is welcomed to join the screening.

“Satyajit Ray’s gently satiric parable The Chess Players reminds us that, in the days before America’s machinations in Iraq, we had the British East India Company running roughshod in much same way in India. Ray opens his movie with a documentary-style recap of the Company’s mid-19th century wheeling-dealing in Oudh, a wealthy province in northeastern India. The Company had Oudh’s king, Wajid Ali Shah, by the balls: If the king agreed to finance the Company’s regional ambitions, and even supply it with necessary troops, it wouldn’t meddle in or usurp the king’s power. By 1856, though, the British, eager to fatten their imperial coffers, broke their détente with King Wajid, and instructed their local operative, General Outram, to do whatever it takes to roll into Oudh and take charge…[In the film], Mirza (Sanjeev Kumar) and Meer (Saeed Jaffrey), two Lucknow noblemen, are so enamored of chess playing that they’re oblivious to the political and domestic upheavals around them. While Mirza’s wife wiles away in her bedroom, cross and neglected, Meer uses her husband’s all-day devotion to chess playing as an opportunity for some cuckolding. These guys are too tuned-out, however, too buffoonish to pick up on these clues. Likewise, they blissfully shrug off rumors of the East India Company’s troops imminently laying siege to their pleasure haven and deposing their king. “ – Jay Antani, Slant