The CWW’s Reading for Black Visions Collective is in support of the Black Lives Matter movement. The readers featured this evening were part of the Cambridge Writers’ Workshop Summer in Granada Writing Retreat. Granada is known as a multicultural city, where Roma, Catholics, Jews, and Muslims have all been a part of creating a culture in conversation. It is also the city of Frederico García Lorca, who was a queer poet and part of the anti-facist movement in Spain. He was assassinated by fascist dictator Franco’s firing squads for his antifascist beliefs. As a literary organization, we, the Cambridge Writers’ Workshop, are a community of writers who stand unwaveringly against fascism globally and in support of ending systemic racism in the United States. #BlackLivesMatter

“Since 2017, Black Visions Collective, has been putting into practice the lessons learned from organizations before us in order to shape a political home for Black people across Minnesota. We aim to center our work in healing and transformative justice principles, intentionally develop our organizations core “DNA” to ensure sustainability, and develop Minnesota’s emerging Black leadership to lead powerful campaigns. By building movements from the ground up with an integrated model, we are creating the conditions for long term success and transformation.

Black Visions Collective envisions a world in which ALL Black Lives Matter. We use the guidance and brilliance of our ancestors as well as the teachings of our own experiences to pursue our commitment to dismantling systems of oppression and violence. We are determined in our pursuit of dignity and equity for all.”

Donate to the Black Visions Collective
Watch on Facebook Live

Devynity Wray is a writer and visual artist from Queens, New York. Her work investigates the condition of Black people in America, her heritage and the legacy of her ancestors in contemporary form. Wray is a Hunter College graduate, a Nuyorican slam team poet and a Cambridge Writer’s Workshop alumna.

Rita Banerjee is the Director of the MFA in Writing & Publishing program at the Vermont College of Fine Arts, and Creative Executive Director of the Cambridge Writers’ Workshop.  She’s the author of several books including CREDO: An Anthology of Manifestos and Sourcebook for Creative Writing (C&R Press, 2018), the poetry collection Echo in Four Beats (FLP, 2018), which was nominated for the 2019 Lenore Marshall Poetry Prize at the Academy of American Poets, the novella “A Night with Kali” in Approaching Footsteps (SPR, 2016), and the poetry chapbook Cracklers at Night (FLP, 2010).  She is the co-writer of Burning Down the Louvre (2021), a documentary film about race, intimacy, and tribalism in the United States and in France. Her work also appears in PANK, Nat. Brut., Poets & Writers, Academy of American Poets, Vermont Public Radio, and elsewhere.

Alex Marzano-Lesnevich is the author of THE FACT OF A BODY: A Murder and a Memoir, which received a Lambda Literary Award, the Chautauqua Prize, prizes in France and Canada, and was translated into nine languages. The recipient of fellowships from The National Endowment for the Arts, MacDowell, Yaddo, and the Bread Loaf Writers Conference, as well as a Rona Jaffe Award, Marzano-Lesnevich has written for The New York Times, The Boston Globe, Oxford American, Harper’s, and many other publications. They live in Portland, Maine, and are an assistant professor at Bowdoin College. They are at work on a book about gender, from which an excerpt will appear in Best American Essays 2020.

Frederick-Douglass Knowles II is an Educator and Activist fervent in achieving community augmentation through literary arts. He is the inaugural Poet Laureate for the City of Hartford. His works have been selected as a finalist for the New England Association of Teachers of English (NEATE) Poet of the Year Award, as well as a nominee for a Pushcart Prize. He is a recipient of the Nutmeg Poetry Award, and the 2020 Connecticut of The Arts Fellow in Artist Excellence for Poetry/ Creative Non-Fiction. Frederick-Douglass is the author of BlackRoseCity, andan Associate Professor of English at Three Rivers Community College in Norwich, CT.

Maggie Downs is an award-winning writer and essayist based in Palm Springs, California. Her work has appeared in The New York Times, The Washington Post, Los Angeles Times, Palm Springs Life, and McSweeney’s, among publications, and has been anthologized in The Lonely Planet Travel Anthology: True Stories from the World’s Best Writers and Best Women’s Travel Writing. She is also the co-host of the radio show and podcast Open Book, with New York Times bestselling writer Tod Goldberg, and holds an MFA in creative nonfiction from the University of California, Riverside-Palm Desert. Braver Than You Think: Around the World on the Trip of My (Mother’s) Lifetime, is her first book. Find out more at maggiedowns.com.

Tim Horvath is the author of Understories (Bellevue Literary Press), which won the New Hampshire Literary Award for Outstanding Work of Fiction, and Circulation (sunnyoutside). His fiction has appeared in Conjunctions, AGNI, Harvard Review, and many other journals, and his book reviews appear in Georgia Review, The Brooklyn Rail, and American Book Review. His novel-in-progress focuses on the lives of contemporary classical composers and musicians. He has taught Creative Writing in the Granada, Spain, program for the Cambridge Writers’ Workshop, and in the BFA and MFA programs at New England College, including the Institute of Art and Design. 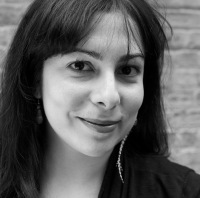 Diana Norma Szokolyai is a writer/educator. Her books are CREDO: An Anthology of Manifestos & Sourcebook for Creative Writing, Parallel Sparrows, and Roses in the Snow. Her poetry manuscript Milk & Water, was a finalist for Hunger Mountain’s 2020 May Day Mountain chapbook series. Her poetry was also shortlisted for the 2018 Bridport Prize and received honorable mention in the 87th Annual Writer’s Digest Competition. Her work has been published in MER VOX Quarterly, VIDA, Quail Bell Magazine, The Boston Globe, Luna Luna Magazineand has been anthologized in Other Countries: Contemporary Poets Rewiring History, Teachers As Writers, and Die Morgendämmerung der Worte Moderner Poesie- Atlas der Roma und Sinti. Her poetry – music collaborations have hit the Creative Commons Hot 100 list and been featured on WFMU radio. She is co-founder and Artistic Director of Chagall Performance Art Collaborative and the Cambridge Writers’ Workshop.