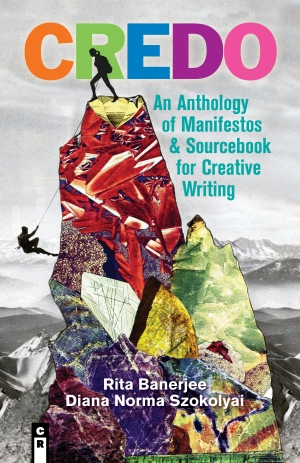 On Saturday June 2, 2018, the Grolier Poetry Book Shop, the oldest poetry bookstore in the United States, will be celebrating its 90th Anniversary in Cambridge, MA. In order to celebrate 90 years of literary and intellectual activity, the Grolier will be hosting The Grolier Poetry Festival, featuring street performances, writing workshops, literary readings, food, and books in Harvard Square.  The Cambridge Writers’ Workshop is delighted to be featured at the Grolier Poetry Festival on June 2 in Harvard Square.  Join us for our featured readings, performances, and CREDO Workshop!  The Cambridge Writers’ Workshop’s new anthology CREDO: An Anthology of Manifestos & Sourcebook for Creative Writing (eds. Rita Banerjee & Diana Norma Szokolyai, May 15, 2018) can be pre-ordered form C&R Press here!  Information about our events and writers are posted below:

Diana Norma Szokolyai leads a workshop based on CREDO: An Anthology of Manifestos and Sourcebook for Creative Writing, that she and Rita Banerjee edited. This newly released book will be available for purchase.

a Norma Szokolyai is author of Parallel Sparrows (honorable mention for Best Poetry Book, 2014 Paris Book Festival), Roses in the Snow (first runner­up, Best Poetry Book, 2009 DIY Book Festival), and a feminist rewriting of a classic fairytale for Brooklyn Art Library’s The Fiction Project, entitled Beneath the Surface: Blue Beard, Remixed. Szokolyai’s poetry and prose has been published in MER VOX Quarterly, VIDA Review, Quail Bell Magazine, The Boston Globe, Luna Luna Magazine, Up the Staircase Quarterly, and has been anthologized in Other Countries: Contemporary Poets Rewiring History, Teachers as Writers & elsewhere. Her edited volume is CREDO: An Anthology of Manifestos & Sourcebook for Creative Writing (C&R Press, 2018). She’s founding Executive Artistic Director of Cambridge Writers’ Workshop. Szokolyai is author of Introduction, and the essay “What’s At Stake?” in CREDO: An Anthology of Manifestos and Sourcebook for Creative Writing (C&R Press, May 2018).

Kathleen Spivack’s novel Unspeakable Things was released by Knopf in early 2016. Her previous book, the memoir With Robert Lowell and His Circle: Sylvia Plath, Anne Sexton, Elizabeth Bishop, Stanley Kunitz and Others was published by the University Press of New England in 2012. Her chapbook, A History of Yearning, won the Sows Ear International Poetry Chapbook Prize in 2010, and she recently received the Allen Ginsberg, Erika Mumford, and Paumanok awards for her poetry. Her book won the New England Book Festival and London Book Festival Prizes. Published in over 400 magazines and anthologies, Kathleen’s work has been translated into French. She has held grants from the National Endowment for the Arts; Massachusetts Artists Foundation; Bunting Institute; Howard Foundation; Massachusetts Council for the Arts and Humanities; is a Discovery winner and has been at Yaddo, MacDowell, Ragdale, Karolyi, and the American Academy in Rome. In Boston and Paris she directs the Advanced Writing Workshop, an intensive training program for professional writers. She has taught at conferences in Paris, Aspen, Santa Fe, Burgundy, Skidmore, and on the high seas, (Holland American Line). Spivak is the author of the Craft of Writing essays, “The Writing Exercise: A Recipe” and “Words As Inspiration” in CREDO: An Anthology of Manifestos and Sourcebook for Creative Writing (C&R Press, May 2018). 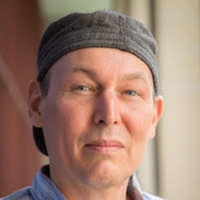 Kevin McLellan is the author of Ornitheology (The Word Works, 2018), Hemispheres (Fact-Simile Editions, 2018), [box] (Letter [r] Press, 2016), Tributary (Barrow Street, 2015), and Round Trip (Seven Kitchens, 2010). He won the 2015 Third Coast Poetry Prize and Gival Press’ 2016 Oscar Wilde Award, and his poems appear in numerous literary journals. Kevin lives in Cambridge, Massachusetts. McLellan’s essay, “Attributes: A Prompt,” can be found in the Exercises section of CREDO: An Anthology of Manifestos and Sourcebook for Creative Writing (C&R Press, May 2018).