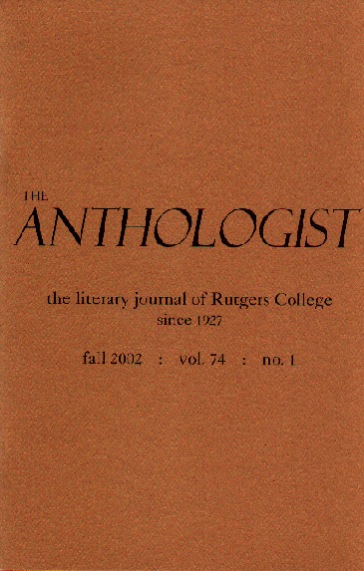 In “The Rumpus Interview with Erik Kennedy,” Rita Banerjee and Erik Kennedy discuss their formative years as young writers in New Jersey, their shared history of editing rival literary magazines in New Brunswick, and what it’s like to be American writers writing in English in the emerging and transformative literary scenes of Christchurch and Munich, respectively. Given the conversation’s local and international scope, the interview offers a playful challenge to the NYC vs. MFA model.  An excerpt from the interview follows below:

Banerjee: The New York–New Jersey metropolitan area is often jokingly referred to as “New Amsterdam.” That is, Jersey and the City are seen as having a radical, Calvinist, open-trade, and open-door vibe. A shadow of Dutch egalitarianism falls over New York and New Jersey. Both places are often seen as being very commercial and capital-focused, but the culture of Jersey and the City seems to be constantly renewed and reevaluated by an influx of people, classes, and narratives bumping into one another. It’s where the old and new, the familiar and the foreign, the seventh-generation American and the recent immigrant are forced to meet because people literally have to share the same sidewalk. And the very proximity of bodies being forced to occupy the same space creates an exciting kind of tension and dialogue between voices and values colliding into one another. So what do you think encapsulates a particularly New Jersey aesthetic?

Kennedy: I’m going to attempt the most New Jersey analogy I can devise. Maybe it’s like the Wildwoods, which, for people who don’t know, are a collection of seaside resort towns just north of Cape May, at the southern tip of the state. So there’s Wildwood proper, which is full of energy, youth, piss and vinegar, a magnet for revelers and revulsion; it can be invigorating, but, let’s face it, it’s also disgusting. And there’s Wildwood Crest, which is sort of family-oriented and sleepy and faintly pious (it’s a dry town and there are no rides or horrible game booths); you’re safe there, but are you really alive? And then there’s North Wildwood, which I don’t think anyone knows or cares all that much about; this represents the baseline, the semi-normal starting condition. These are the New Jersey id, superego, and ego that dwell deep within every native of the Garden State and, in their conflicting ways, inevitably energize such a person’s writing. Fair enough?

Reading the full “The Rumpus Interview with Erik Kennedy“ on The Rumpus here.

Erik Kennedy’s poems have appeared in (or are forthcoming in) places like Ladowich, Ohio Edit, and Prelude in the US, 3:AM Magazine, Oxford Poetry, and Poems in Which in the UK, and Landfall and Sport in New Zealand. He is the Poetry Editor for Queen Mob’s Teahouse.

Rita Banerjee is the Creative Director of the Cambridge Writers’ Workshop and teaches at Rutgers University. She received her doctorate in Comparative Literature from Harvard and her MFA in Creative Writing from the University of Washington, and her writing appears in Poets & Writers, Hyphen Magazine, Mass Poetry, Painted Bride Quarterly, Los Angeles Review of Books, Electric Literature, VIDA: Women in Literary Arts, Queen Mob’s Tea House, Riot Grrrl Magazine, Objet d’Art, KBOO Radio’s APA Compass, and elsewhere. Her first collection of poems, Cracklers at Night(Finishing Line Press), received First Honorable Mention for Best Poetry Book of 2011-2012 at the Los Angeles Book Festival, and her novella, “A Night with Kali” released in Approaching Footsteps (Spider Road Press), in November 2016. Finalist for the 2015 Red Hen Press Benjamin Saltman Award and the 2016 Aquarius Press Willow Books Literature Award, she is currently working on a novel and book of lyric essays.