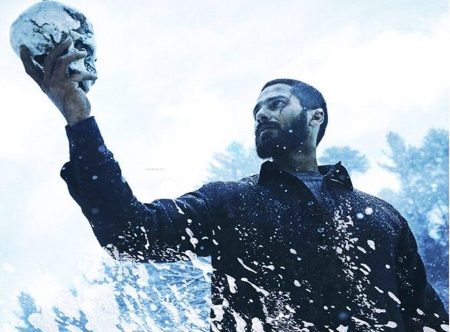 Rita Banerjee will introduce and lead the discussion for Vishal Bhardwaj’s 2014 film, Haider, on Tuesday November 3 from 6-8:30 pm for the Institute for Indology and Tibetology at Ludwig-Maximilians-Universität München, (Ludwigstr. 31, Seminarraum 427).  The screening is part of the course Translation and Modern South Asian Literatures at LMU.  Anyone interested in translation studies, Modern South Asian literature, or art house film is welcomed to join the screening.

“The Bollywood director Vishal Bhardwaj has made his name by adapting Shakespeare into film, using the plays to reflect the violence and vicissitudes of modern India. Maqbool, an adaptation of Macbeth, was set in the Mumbai underworld; Omkara transported Othello to the feudal badlands of northern India. His latest effort, a loose adaptation of Hamlet called Haider that takes place in Kashmir during the turbulent 1990s, has become one of the most acclaimed and contentious Bollywood movies of the year…[In the film] Haider is sent away by his parents to Aligarh, a university town in north India, to shelter him from the violence overtaking Kashmir. The movie’s plot is set in motion when he returns to his homeland to search for his father, who has been abducted by the military. Through Haider’s search, the movie plunges into a looking-glass world, where lies and deception are common, and the government has abandoned human rights and the rule of law to crush the armed insurgency.” – Vaibhav Vats, The New York Times