The Cambridge Writers’ Workshop just published their Winter 2015 – Books to Keep You Warm in honor of Valentine’s Day!  To celebrate February and the snowy tidings of 2015, the CWW staff has written about their favorite reads to keep you warm through this winter season!  Some of these works that have inspired our own writing and changed how we think and see the world, and other works have just stayed with us, entertained, or made us stop, stare, or smile for a little while.  The list has been curated by Alex Carrigan and contributors include Stephen Aubrey, Rita Banerjee, Alex Carrigan, Gregory Crosby, Katy Miller, David Shields, Emily Smith, Christine Stoddard, Diana Norma Szokolyai, and Megan Tilley.  Here are some Winter 2015 literature recommendations by Rita Banerjee.  For the full list, please visit CWW Recommends!

Where Europe Begins by Yoko Tawada
(Recommended by Rita Banerjee)

Yoko Tawada is a force of nature.  She has mastered the art of defamiliarizing the familiar whether it be language, gender, the facets of the body, or the interplay between imagination and reality.  She is a master of writing fiction, memoir, and gorgeous lyrical essays in both Japanese and German (for which she’s won the Akutagawa Prize and Goethe Medal, respectively), and she’s given some impressive speeches in English quoting Japanese, German, and even Italian idioms and literary texts at free will.  (I had a chance to see her recently at Munich’s 2014 Shamrock festival and was floored by her performance and also later when she spoke to me in Japanese!)  Where Europe Begins explores the strangeness and uncertainty one encounters when looking at things just a little too closely.  In these short stories and musings, one’s body, one’s relationships and feelings towards others, one’s language, and even one’s existence become irrevocably uncanny and peculiar.

A few years ago, I picked up my first Akashic Noir Series book in the famed City Lights Books in San Francisco while I was working on my dissertation at Berkeley.  I selected San Francisco Noir 2: The Classics because for every flower in someone’s hair, San Francisco was also pretty cold and gritty, and the ghosts of Dashiell Hammet, Jack London, and Mark Twain seemed to hang around downtown, just lurking in the air.  And this volume did not disappoint.  Frank Norris’s chilling, uncomfortable view of Chinatown still haunted in “The Third Circle,” and you could see why Hitchcock was so mesmerized by the city by the bay.  Flitting back to Cambridge for work, Boston Noir also provided a delightful read.  Don Lee’s “The Oriental Hair Poets” seemed especially à propos in the atmosphere of Cambridge.  The story centers around two female Asian poets who compete with one another for men and literary accolades, attempting to sabotage each other’s poetic careers and prestige, until something goes horribly wrong… 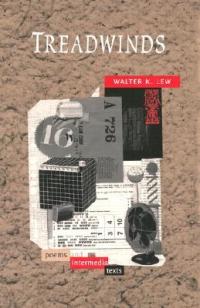 During my MFA days, Walter K. Lew’s Treadwinds was a poetry collection that I returned to again and again.  Like Theresa Hak Kyung Cha’s novel Dictée, Lew’s Treadwinds was unique and powerful for its unusual collage-like form and ability to breakdown and rethink linguistic barriers.  Lew presents poems written in English alongside phrases and texts written in Japanese, Korean, and Chinese in order to demonstrate the narratives of colonial occupation, immigration, and cultural assimilation felt by Koreans and Korean-Americans in the 20th century.  He juxtaposes images from film, photography, news stories, and idioms from folk songs, jazz, and old family anecdotes and tales of trauma to convey the complexity and multifaceted voice of the Korean in the modern era.  In the namesake poem, “Treadwinds” language and grammar itself breakdown as Lew explores what it means to return, hungry and dwindled, to home and “the sounds of spring.”

Moon Mountain or Cāndēr Pāhaṛ  (চাঁদের পাহড়), is a famous Bengali novella by the much-loved Bengali novelist, Bibhutibhushan Bandopahdyay (author of the renowned novel Pather Pāncālī, which was later made famous on the silver screen by Satyajit Ray).  Set between 1909-1910, Moon Mountain focuses on the story of Shankar Roy Chowdhury, a young Bengali man, who goes to Africa and winds up working for the Uganda Railway.  Hungry for adventure, Shankar meets a strange cast of imperialists and prospectors from Britain, Portugal, Holland, and elsewhere as they try to exploit the riches of Africa and its people.  One prospector, the Portuguese Diego Alvarez, a Kurtz-like figure, tells Shankar about his trials and misfortunes hunting for diamonds in the caves of the Moon Mountain, a legendary place deep in the jungles of Richtersveldt, which is haunted and guarded by a spirit called bunyip.  Shankar then has to decide whether or not he will follow Alvarez and his thirst for adventure with open eyes or with eyes wide shut.

There’s really nothing like setting the mood for Valentine’s Day in the middle of a snowy winter than reading some dark, deeply existential Russian Literature.  Leo Tolstoy is a master of examining the minutae of social relationships and the unpredictably psychology of human behavior.  In “Family Happiness,” he takes a hard look at romance and bourgeois obsession of finding the perfect romantic partner and creating the façade of the perfect family.  The story follows Masha, a young seventeen-year-old girl, and Sergey, her much older would-be paramour as they engage in a courtship which leads to “romance” and a very unexpected ending. 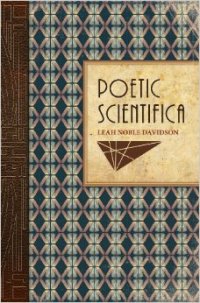 Leah Noble Davidson’s poetry collection, Poetic Scientifica, is a beautiful experiment.  The collection follows the breakdown of a romantic relationship as it simultaneously explores memories of past sexual violence, individual agency, and female empowerment.  In doing so, Poetic Scientifica explores the roles of double-identities, mirror images, Norma Jeane & Marilyn Monroe, beauty, and its lovelorn echo.  Perhaps, the charm and play of Davidson’s work can be best described by the hidden poem in her collection which introduces all others: “Oh careful readiness, oh cinders in the jaw / you: fountains of birdsong and / velvet ropes, aspiring Marilyns / maybe I covet you / the way you would have me, do so / Climbing into our story / we build your image together / a person to love, an echo / of the anecdotes strangers tell each other / I can not hate you for being the bathtub / I drain my culture into / for shining myself into / so many lights.”

When I was studying at the Sorbonne, I would always carry a Poche paperback of a Jules Verne classic with me and would devour it as I made my way through the undergrounds of Paris each morning.  Some of my favorite reads were Voyage au centre de la Terre, Vingt milles lieues sous le mer, De la Terre à la Lune, and Paris au XXe siècle.  While the stories were familiar from childhood, there was just something about cracking a secret code or cipher with Axel and Lindenbrock in French.  The scope and worldview of Verne’s novels, which are set in Baltimore, Hamburg, Paris, China, and India, was also impressive as was his mastery of the scientific romance genre.  Characters in his novels always seemed to be at the brink of discovery, whether in realizing the potential or limitations of science and technology or in understanding the potential and limitations of their own humanity.  The future could materialize crystal clear in a Verne novel, full of possibilities and full of failures.  And now as I am writing my own futuristic novel, it’s wonderful to go back to the pillars of modern day science fiction with writers like Jules Verne and H.G. Wells, and try to find answers to those big and scary questions like, “what is science?” “what is fiction?” and “what might tomorrow bring?”

The Man Suit by Zachary Schomburg
(Recommended by Rita Banerjee)

The Man Suit is a memorable, must-read collection of poems by Zachary Schomburg.  The poems in The Man Suit dance a fine line between melancholy, dark humor, and unnerving absurdity.  Images of forests, monsters, stars, death, white and black telephones, music bands, and theatre pepper the collection.  And stories of late barons, experiments gone awry, John Wilkes Booth and Abraham Lincoln, and a singular tale of a lost love and a girl named Marlene appear, disappear, and remix like constellations across the page.  Read in another way, Schomburg’s collection takes a hard look at the values of Americana and the changing shape of the American social and political landscape in the waning years of the Bush presidency.  In “Last President of a Dark Country,” the speaker of the poem, states “Trying being the last president of a dark country.  It is lonely as hell here.  You should come. / …if you are careful, you can find the railing.  It will lead you to a dimly-lit hole that you can climb down into.  You’ll find me there, most likely.  I’ll be working on my last presidential address.  It will be a list of everything that haunts me.  No matter how much you ask me to read it, I probably won’t.”