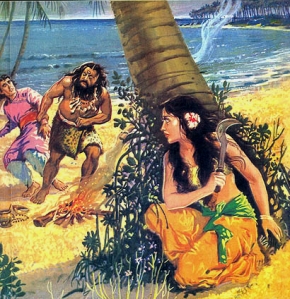 Against the backdrop of colonialism, modernization, and literary renaissance, 19th-century South Asia saw an increased interest in social reform literature, narratives involving strong and subversive female characters, and attention to women’s education, civil rights, and social progress in general.  Two texts which highlight the progressive and revolutionary roles that women played in society are Bankimchandra Chattopadhyay’s Bengali novel Ānandamaṭh (1882) and Rokeya Sakhawat Hossain’s English novella Sultana’s Dream (1905).  Whether discussing the active role of women in anti-colonial protest movements or envisioning futures in which matriarchal societies govern nation states, both Chattopadhyay and Hussain offer a subversive, protofeminist or, one might argue, strongly feminist take on the function, role, and agency of women in Indian society.  This talk will examine how female anti-heroes such as Shanti and feminist re-envisioning of concepts such as purdah helped to challenge and redefine how femininity and feminism could be portrayed in fin-de-siècle South Asia.