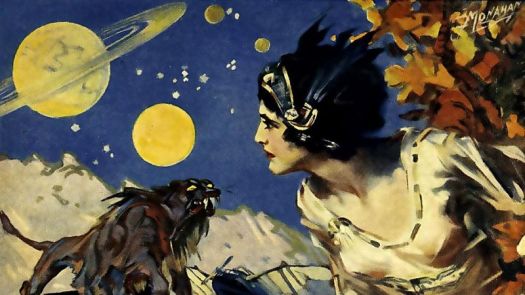 Rita Banerjee and Diana Norma Szokolyai will be editing Disobedient Futures, a new speculative literature and art anthology by the Cambridge Writers’ Workshop, which is now open for submissions until February 14, 2019!

Cambridge Writers’ Workshop welcomes submissions of poetry, fiction, nonfiction, mixed-genre work, plays, and screenplays on the topic of “Disobedient Futures” for our new speculative literature anthology. Writers are encouraged to imagine what the future cultures of America and the world might look like, and submit their work on the following topics:

Disobedient Women: How might women, feminists, female-identifying, and/or non-binary individuals disobey and reconfigure our understandings of power and femininity and masculinity in the future?

Disobedient Tribes: What if Americans found a way to subvert racial categories and challenge tribalism and cultures of fear? How might tribes disobey the rules of the game and create new types of community identities and cultural bridges?

Disobedient Class: Could Americans in the future overcome systems of class oppression and capitalist gluttony? How might individuals in the future subvert class hierarchies?

Disobedient Futures: Tell us what the future cultures of America and the world have in store. How might the emerging generations of today and tomorrow reconfigure today’s value systems, challenge today’s modes of violence, oppression, and power, and create new visions of society? Give us your best speculative writing which explores the possibilities and disruptions of disobedient futures.

Writers are welcome to submit utopian, dystopian, parallel history, futuristic, alternative reality, speculative essay, and even purely speculative fiction, nonfiction, poetry, and theatre. Optimistic and pessimistic tales of the future are welcome in equal measure, but gratuitous violence and discrimination are not. Poetry submissions should be 3-5 pages in length. Prose submissions can be 10-20 pages in length.  Excerpts from longer works with synopses are welcome. Visual art related to these categories of Disobedient Futures is also welcome.  Submit your retelling of the future today!

In honor of the Split This Rock Poetry Festival: Poems of Provocation and Witness (April 19-21, 2018), the Cambridge Writers’ Workshop will be hosting its reading Disobedient Futures at the Colony Club in Washington D.C./ this Friday, April 20, 2018 from 5:30 pm – 7:30 pm.  Disobedient Futures will feature readings from Rita Banerjee, Alex Carrigan, Marlena Chertock, and Christina M. Rau .

To get to the reading at the Colony Club, please take the Green line Metro towards Greenbelt and exit at the Columbia Heights Station, then walk to 3118 Georgia Ave NW, Washington DC 20010.

is the editor of CREDO: An Anthology of Manifestos and Sourcebook for Creative Writing (C&R Press, May 2018) and the author of the poetry collection Echo in Four Beats (Finishing Line Press, March 2018), the novella “A Night with Kali” in Approaching Footsteps (Spider Road Press, 2016), and the poetry chapbook Cracklers at Night (Finishing Line Press, 2010). She received her doctorate in Comparative Literature from Harvard and her MFA in Creative Writing from the University of Washington, and her writing appears in the Academy of American Poets, Poets & Writers, Nat. Brut., The Rumpus, Painted Bride Quarterly, Mass Poetry, Hyphen Magazine, Los Angeles Review of Books, Electric Literature, VIDA, Objet d’Art, KBOO Radio’s APA Compass, and elsewhere. She is the Executive Creative Director of the Cambridge Writers’ Workshop.   She is the judge for the 2017 Minerva Rising “Dare to Speak” Poetry Chapbook Contest, and she is currently working on a novel, a book on South Asian literary modernisms, and a collection of lyric essays on race, sex, politics, and everything cool. 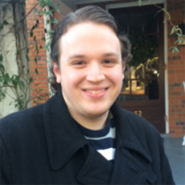 Alexander Carrigan is the Communications and PR manager for the Cambridge Writers’ Workshop and has been with the organization since 2014. He is currently an associate editor with the American Correctional Association. He has had fiction, poetry, reviews (film, TV, and literature), and nonfiction work published in Poictesme Literary Journal, Amendment Literary Journal, Quail Bell Magazine, Luna Luna Magazine, Rebels: Comic Anthology at VCU, Realms YA Literary Magazine, and Life in 10 Minutes. He lives in Alexandria, VA. Carrigan is the author of “First Person Perspective Flash Fiction Prompts” in the Exercises section of CREDO: An Anthology of Manifestos and Sourcebook for Creative Writing (C&R Press, May 2018).

Marlena Chertock has two books of poetry, Crumb-sized (Unnamed Press, 2017) and On that one-way trip to Mars (Bottlecap Press, 2016). She lives in Washington, D.C. and uses her skeletal dysplasia and chronic pain as a bridge to scientific poetry. Her poems and short stories have appeared in Breath & Shadow, The Deaf Poets Society, Noble/Gas Quarterly, Paper Darts, Rogue Agent, Wordgathering, and more. Marlena often moderates or speaks on panels at literary conferences and festivals. She serves as the Communications Coordinator for the LGBTQ Writers Caucus. Find her on Twitter at @mchertock.

Christina M. Rau is the author of the sci-fi fem poetry collection, Liberating The Astronauts (Aqueduct Press, 2017), and the chapbooks WakeBreatheMove (Finishing Line Press, 2015) and For The Girls, I (Dancing Girl Press, 2014). Her poetry has also appeared on gallery walls in The Ekphrastic Poster Show, on car magnets for The Living Poetry Project, and in various literary journals both online and in print. She is the founder of the Long Island reading circuit, Poets In Nassau, and has read and run workshops for various community groups nationwide. She teaches English and Creative Writing at Nassau Community College where she also serves as Poetry Editor for The Nassau Review. In her non-writing life, she teaches yoga occasionally and line dances on other occasions.

Our readers Rita Banerjee, Marlena Chertock, and Christina M. Rau will also be hosting a panel during Split This Rock, entitled “Fantasy As Reality: Activism & Catharsis in Speculative Writing,” which will be held at National Housing Center Room B (1201 15th Street NW, Washington, DC 20005) on Saturday, April 21 from 9-10:30 am. The Fantasy As Reality is described below:

“This panel will demonstrate how non-realist poems and prose can offer a space for political critique and empowerment. We will ask audience members about their own speculative writing and reading experiences and offer prompts to those who wish to work on similar future writing. Speculative and science fiction are often stereotyped as futuristic, extraterrestrial, and fantastical romps through universes using space travel, time travel, and super-advanced technology centered on white cis males. However, women, non-binary, and activist writers of speculative literature are purposefully subverting this stereotype, diversifying and owning the fantastical worlds that they imagine. Speculative literature, at its core, is about giving voice to ‘The Other.’ Speculative writing, in prose or poetry, focuses on not only imagined realities of the future, past, and present but also gives voice to bodies and individuals who are disabled, alien, marginalized, menial workers, and other traditionally neglected voices. Sci-fi and fantasy characters and voices can—and should—represent the underrepresented to create a sense of community as well as to challenge injustices in our real world.”

We hope to see you at some of our events at Split This Rock !